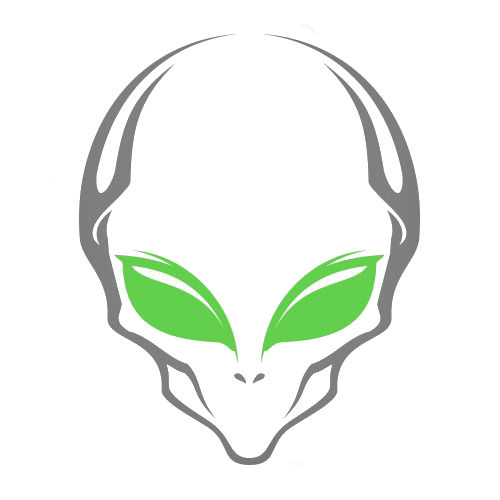 Virtually overnight, the Sig Sauer P320 went from being a popular striker pistol to being one of the MOST popular striker pistols as a result of the government saying they’ll buy some for the army; but how does it stack up against Austria’s most famous export since Schwarzenegger? A lot of people wonder which gun is the worthier purchase, so pondering the Sig P320 vs. Glock 19 is certainly a good thing.

The truth is that either gun is a solid choice of do-it-all pistol. In compact guise, both pistols are big enough to be service pistols but small enough for daily carry – as close as it gets to a “Goldilocks gun” if ever there was one.

Really, it comes down to what you, personally, are looking for. The 19 is basically the Honda Civic of pistols. It doesn’t need frequent maintenance. Capacity is great, it’ll run just about anything and can probably last longer than you. The P320 has a lot of very similar features, sort of like a Toyota Corolla compared to a Civic, but has some tricks up its sleeve in terms of its modular design and other features.

You’ll have to decide for yourself, but there’s a lot to like in either gun.

Duty Calls: The Sig Sauer P320, The New Sidearm To The Armed Forces


Why is the Sig Sauer P320 a big deal all of a sudden? Mostly because the US government announced that it would be replacing the Beretta 92FS/M9 as the standard sidearm of the armed forces. They notably disregarded Glock, so a number of people will wonder if the Glock 19 vs Sig P320 is really a losing proposition for the Austrian plastic fantastic.

If you want to sell a whole bunch of guns, get an Army contract. That gives a pistol pedigree, which will also result in a bevy of civilian sales. Ask the 1911 guys; they’ll tell you!

First is the function. One of the attributes that reviewers rave about when it comes to the P320 is the ergonomics, fitting the hand as well or better than most polymer striker guns on the market.

The trigger is also hailed as one of the best on a striker pistol, though some require some break-in before they get really good, with a smooth pull, crisp break and short reset, which was a major failing of the Sig P250, which the P320 is essentially an evolution of.

In terms of dimensions, the Sig P320 Carry or Sig P320 Compact is not much different than the 19 in terms of size. Barrel length, weight, overall height are similar, and carrying capacity is 15 in the Compact and 17 in the Carry, same as the full-size.

Also, since its release, many more iterations of the Sig P320 have joined the fold, including other compacts like the Sig P320 XCompact and XCarry, which are very close to the Glock 19 in size.

The party piece, though, is the modularity. The trigger group can be swapped between frames and upper assemblies. So long as you have the parts, you can switch between slides and firing mechanisms in 9x19mm, .40 S&W and .357 Sig. You can also drop the trigger group into a .45 ACP frame and upper, as the larger caliber requires a different frame in addition to the upper group.

You can swap between full-size, compact, carry and subcompact frames. All models have accessory rails, though the Subcompact frame rail is Sig’s proprietary rail; the rest are Picatinny. The sights – standard dots or Sig NITE sights – are P226 sights, so they’re upgradeable.

Compare It To The Glock 19 Already

First, you’d have to compare the right Sig P320 model, because there are almost 10 of them. In reality, what we’re talking about is the Sig Sauer P320 Compact or Sig Sauer P320 Carry, as these are closest in size and purpose to the Glock 19. The full-size would be better compared to the Glock 17 and the Subcompact is closer to the Glock 26.

The Glock 19 is 7.36 inches long with a barrel length of 4 inches, standing 4.99 inches tall and 1.18 inches wide. It weighs 23.65 oz unloaded and has a carrying capacity of 15+1 rounds of 9mm. The trigger pull is around 5.5 pounds and has the famously bifurcated trigger and Glock trigger safety system.

Trigger pull is rated at 6.5 pounds, but does not have a bifurcated or tabbed trigger. The firing pin block is deactivated with a trigger pull, and has a similar safety system. However, a tabbed trigger can be ordered if desired.

The Sig P320 Carry is basically the same; it’s just 0.2 inches taller and holds 1 or 2 more rounds, depending on caliber.

Oh, and the Sig doesn’t require the trigger be pulled to field-strip, which is a common complaint about striker guns.

Bear in mind that Glock doesn’t publish MSRP, but that’s about what you’ll find a Glock 19 going for in many stores, though your mileage can/will vary. The Sig P320 Compact will probably go for a bit more. How much will vary, but expect something like an extra $50 for the Sig over the Glock.

There are three main variants. The standard Sig P320 Compact, the P320 M18, and the Sig P320 X Compact, which has Sig Sauer’s X frame. The P320 Compact and X Compact are also available as RXP models, which come with a Sig Sauer ROMEO1PRO red dot optic.

The P320 M18 is more or less a copy of the same pistol being issued in the US Marine Corps, Air Force and Coast Guard; it’s a compact variant of the P320 M17, with a 4-inch barrel and shorter slide. While there are some other differences, what’s mostly different about it compared to the standard P320 is the FDE finish, ambidextrous manual thumb safeties, an optic mounting plate, SIGLITE night sights, and a full-length grip for 17+1 capacity.

The P320 X Compact uses Sig Sauer’s X frame and slide, which include a few refinements. X slides are dimensionally the same, but have a slightly grayer finish, slightly more aggressive slide serrations, Sig’s XRAY night sights, and an optic mounting plate installed by the factory. The X frame has a longer beavertail with a deeper radius for a higher grip, a slightly smaller grip diameter, revised texturing, and a straight trigger.

Think of it kind of like picking a truck. The standard model is sort of the work truck, the M18 is the lifted off-road model, and the X Compact has all the bells and whistles like leather bucket seats and the better infotainment system.

Granted, Glock has gotten better about offering more as well. The Glock MOS models add an optics mounting plate if you want them, you can choose between the Glock 19 Gen 4 and Gen 5 pistols, and you can also order the gun with Glock’s standard polymer sights (ick) steel sights or night sights, as well as the Glock 19X and 45 models, which have a full-length grip.

So as you can likely gather, comparing these two pistols itself is not apples to apples. The P320 X Compact doesn’t really have a direct competitor from the Glock factory; it’s analogue is more of a Gucci Glock with a customized frame and slide. The M18 and standard P320 on the other hand, do.


If you had to only have one, it would be the devil’s own job of trying to choose between Sig P320 vs. Glock 19. Both offer a lot. Both guns have easy striker triggers, both pistols straddle the gulf between service guns and easy concealing subcompact pistols. Capacity is high in both cases and both pistols come with accessory rails, so it can be equipped with a laser or light.

Part of shooting is subjective; you can read about it but you won’t appreciate it until you do it yourself. The Glock 19 is a fine shooting pistol, as everyone knows. It’s reliable, easy to use and easily accurate enough for defensive and recreational purposes. The Sig P320 is widely acknowledged for incredible out of the box accuracy by reviewers and most find it unfaltering with any type of ammunition.

Some reviewers, though, have noted the P320 has a bit more muzzle rise, as it has the trademark skyscraping bore axis that Sigs are known for. Then again, the ergonomic feel of the pistol, how it sits in the hand and so on – along with the trigger – is rated as second only to Walther in the plastic fantastic set. Glocks, on the other hand, with the aggressive rake of the grip can be a bit alienating. People either take to it like a duck to water or don’t like them.

As to cost, you can expect to pay somewhere between $450 to $600 for either gun, depending on a number of factors. (Where you live, the gun store you go to, what sort of deal you get online and so on.) In either case, the base model alone is a great value. You get a solid pistol that you can trust with your life and spend years enjoying range time with.

When you do head to the range, you’re going to need a target…but why pay for paper targets if you don’t have to? We’ll give you as many as you want – you just need to download Alien Gear’s printable 8.5″ x 11″ shooting target. Make as many copies as you like!

We will continuously be adding new target options to our lineup. Check out our complete free printable shooting targets page to see the full selection as they start rolling in.

Want to see some more handgun comparisons? Alien Gear Holsters has got you covered!