What Will You Buy With Your $600 Stimulus Check?

What will you buy with your $600 stimulus check?

Well it appears that since we’re safely past the election, Queen Nancy has finally deigned to allow another stimulus bill to move through the House of Representatives. According to Treasury Secretary Steve Mnuchin, Americans could start seeing credits to their bank accounts and checks in their mail boxes for the princely sum of $600 per person as soon as next week.

“The good news is this is a very, very fast way of getting money into the economy. Let me emphasize: People are going to see this money at the beginning of next week,” Mnuchin told CNBC host Jim Cramer.

“So it’s very fast, it’s money that gets recirculated in the economy,” he added. “People go out and spend this money, and that helps small business and that helps getting more people back to work.”

While gun control groups were only too happy to shamelessly snag PPP stimulus money to boost their anti-civil rights agenda, many of the checks sent to actual productive citizens as part of the first stimulus bill back in July were used to buy guns (among other things).

We’re guessing a lot of the upcoming payments will be spent on something ballistic, too. Maybe you’ll snag that pistol you’ve had your eye on. Or a long gun. Lots of you will probably want to buy ammunition. The only problem, of course, is finding ammo to buy. 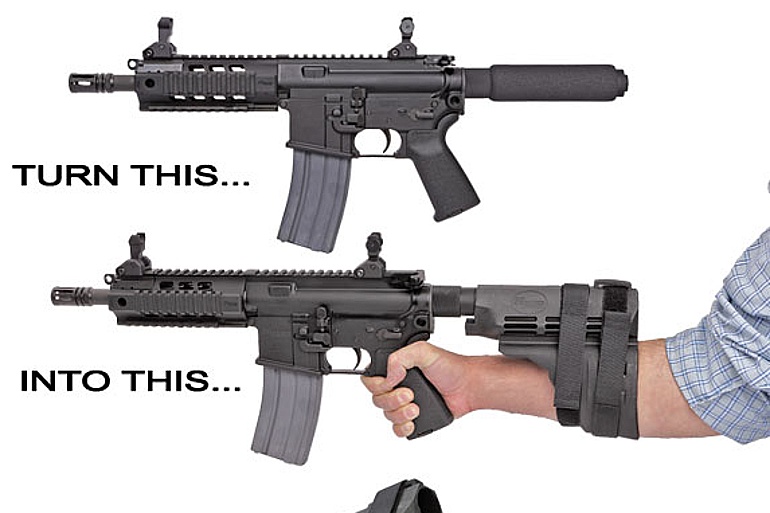 Or — here’s a crazy idea — you could do your best to piss off the ATF and pick up a pistol stabilizing brace. Or maybe…something else entirely.