This Week in Gun Rights is TTAG’s weekly roundup of legal, legislative and other news affecting guns, the gun business and gun owners’ rights.

Lars Noah, a University of Florida law professor is arguing that the FDA’s authority over devices that can “affect the structure or function of the body” ought be used to limit the manufacture of firearms. This is an aggressive re-interpretation of “devices,” usually covering things like pacemakers.

This is a frankly absurd suggestion, but nevertheless, it’s important to keep abreast of what “thought leaders” are pushing in our space. If you thought the ATF was a nightmare to deal with, just remember how the FDA endeavors to keeps us 20 years behind the rest of the world when it comes to medical technology.

That said, I can’t think of many firearms designed and intended to treat medical conditions, so it’s not a theory to be overly concerned with. That said, the concept of shoehorning additional administrative agencies into our lives certainly is. Citing his previous promise not to vote to end the filibuster or pack the courts, GOA are arguing that it’s up to Joe Manchin to prevent gun control from going forward.

Many are looking at the 50/50 senate makeup as a massive concern, with Harris being the tiebreaking vote. That makes the filibuster, which takes 60 votes to terminate, of paramount importance to the prevention of egregious gun control laws. There are one or two senate members on the democratic side that exhibit at least some level of principle. It may not be comforting, but the future of gun rights in this country likely indirectly rests on Manchin’s shoulders. In the latest display of big tech’s apparent disdain for the 2A community, GoDaddy told AR15.com wonders that the site was being taken down for “promoting and encouraging violence.” This was allegedly due to forum posts which referred to political violence, during a time following the capitol raid where site moderators couldn’t keep up and remove posts that violated the site’s terms.

The AR15.com owners weren’t given an opportunity to clean up the offending content, just immediately denied their domain registry. Don’t worry, they’ve moved their registration and are back up and running. 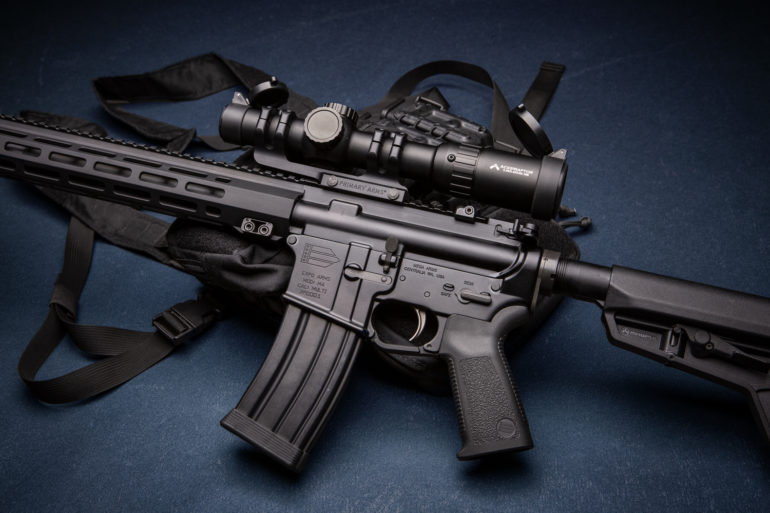 It’s frankly absurd, including the name-specific ban (which includes massively expensive, collectible guns that trade hands for many thousands of dollars), plus a single-feature test (where if your magazine-accepting firearm has any one specific feature, it’s affected by the ban).

The “grandfathering” would require application for a possession permit for each affected firearm and magazine over ten rounds. The only way to acquire a covered gun after the effective date would be to have someone leave it to you in their will or trust. Sometimes it’s important to remember firearms aren’t the only type of arms we’re entitled to keep and bear. Ohio Governor Mike DeWine signed Ohio’s knife reform bill, SB140, getting rid of the state’s ban on switchblade and gravity knives, as well as getting rid of the prohibition on carrying various knives in the state. In New Hampshire as well, we saw a bill strengthening its knife law preemption signed. A female Lyft driver picked up a pair of young men who requested a ride to a sports facility. As she approached the destination, she became concerned as it appeared closed. That’s when the passengers began attacking her. She fought back, grabbing her gun and firing. What could add insult to this injury? Firing her. So that’s exactly what Lyft did. In a typical display, after the Arkansas senate approved a stand-your-ground law, state media referred to it as a “shoot-first” law and a “homicide-encouragement” bill. This, of course, completely missing the point that the law is about self-defense situations. The only thing immoral about the situation is placing any kind of presumptions against someone who has been unlawfully attacked. Stand your ground laws protect innocent life, nothing more. Surprising to no-one but themselves, UC Davis researchers are linking gun purchases to the current pandemic. They’re also seemingly concerned that new gun buyers are so diverse, and that many people are storing their guns “unsecured.” Of course, when one purchases a gun because they fear unrest and lawlessness, it wouldn’t make much sense to keep its ammunition in another zip code.